Corfu Greece (or Kerkyra) is one of the most favorite destinations in Greece and the Greek Islands and attracts many tourists. Corfu lies to the north of the Ionian Sea at the entrance of Adriatic Sea. It is the second largest island in the group known as the Ionian Greek islands. Corfu is the island of miracles and wonders, where every moment the scene changes without affecting the harmony of the terrain.

A beautiful island, part of the Ionian Islands and has a lot of verdant vegetation, amazing beaches, superb Venetian architecture, picturesque villages, lively nightlife and a great cosmopolitan way of life. From ancient times until today it has been a point of reference for all the elements which make up the human personality. Evolution, exploration, enjoyment, love, tradition, joy and surprise are all to be found here, caught in the wheel of time. Hyperbole? You can find that here, too, in the westernmost region of Greece.

The island is connected to the history of Greece from the beginning of Greek mythology. Its Greek name, Kerkyra or Korkyra, is related to two powerful water symbols: Poseidon, god of the sea, and Asopos, an important Greek mainland river. According to myth, Poseidon fell in love with the beautiful nymph Korkyra, daughter of Asopus and river nymph Metope, and abducted her. Poseidon brought Korkyra to the hitherto unnamed island and, in marital bliss, offered her name to the place: Korkyra, which gradually evolved to Kerkyra (Doric). Together, they had a child they called Phaiax, after whom the inhabitants of the island were named: Phaiakes. This term was transliterated via Latin to Phaeacians. 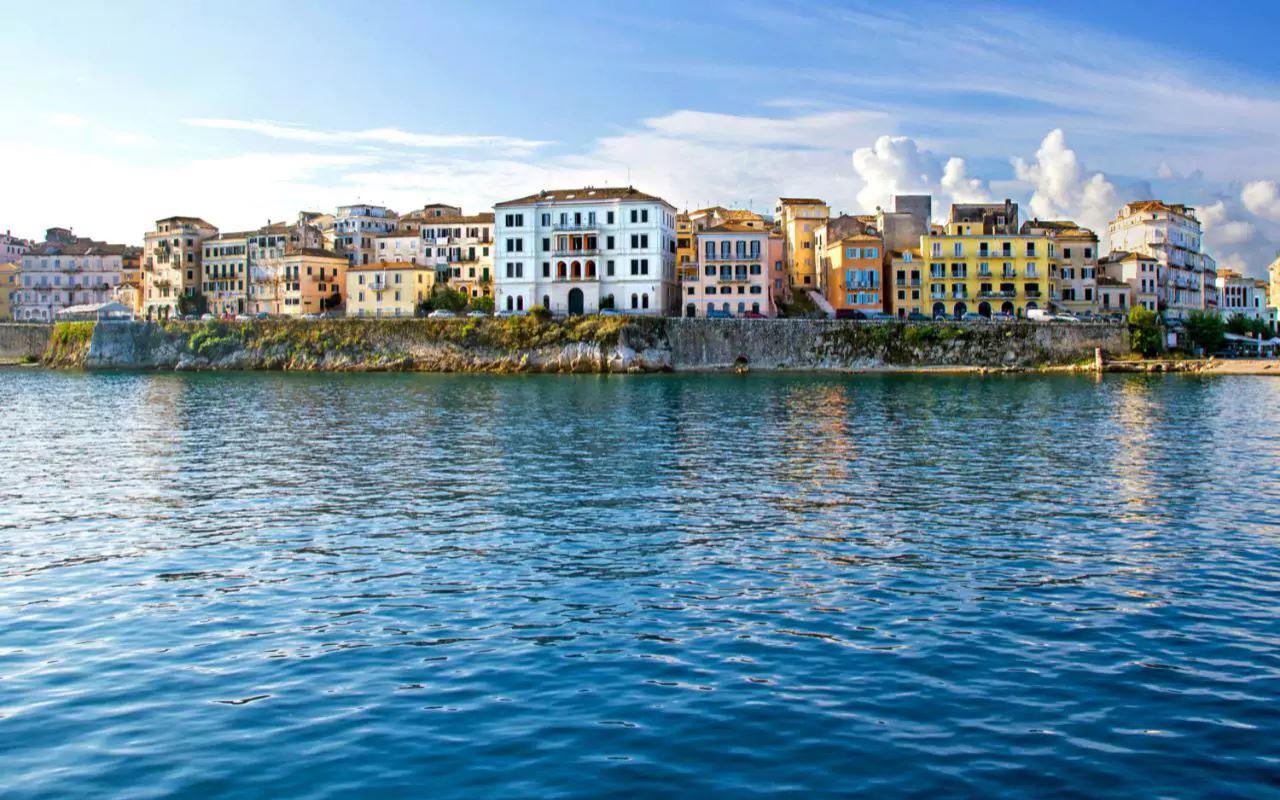 The old citadel is an old Venetian fortress built on an artificial islet with fortifications surrounding its entire perimeter. The interior has been restored and is in use for cultural events, such as concerts and Sound and Light Productions, when historical events are recreated using sound and light special effects. These events take place amidst the ancient fortifications, with the Ionian sea in the background.

The new citadel or Neo Frourio is a huge complex of fortifications dominating the northeastern part of the city. The huge walls of the fortress dominate the landscape as one makes the trip from Neo Limani to the city, taking the road that passes through the fish market. The new citadel was until recently a restricted area due to the presence of a naval garrison, but old restrictions have been lifted and it is now open to the public, with tours possible through the maze of medieval corridors and fortifications.

You can book your trip with us through our online Booking System, design your own tours and excursions around the coasts of Corfu or the neighboring islands such as Paxi and Antipaxi. Hire a boat of your choice by providing us with the information we need to contact you. Our fleet of hand picked boats is waiting for you to steer into the Ionian crystal blue waters. Rent a vessel with or without a skipper and enjoy your trip to the fullest.